A Guide to Vacuum Packaging

The basic form of vacuum packing removes oxygen from a vacuum bag and seals off the bag once a vacuum cycle is complete. There are a variety of new processes that can be involved when vacuum packaging, some are covered below.

The History of Vacuum Packing

Though early experiments of modified atmosphere packaging have been traced back to the early 19th century, most accounts of vacuum packaging are not acknowledged until after World War II. In France before WW II, the air was removed from rubber latex bags, and the bags were sealed. This concept proved to increase the shelf life of frozen products. After WW II plastics became more popular and commercialized, this opened the door for vacuum packaging applications.

The Cryovac vacuum packaging process created in the 50s to package whole turkeys was the first commercial use of vacuum packaging perishable items. Since the introduction of industrial vacuum packaging, many companies and individuals have contributed new methods, materials, and machines that have improved the quality of human life.

By the 70s, the idea of introducing an inert gas into vacuum packaging helped to increase the shelf life of perishable products dramatically. Since then, the advancements in vacuum packing efficiency and increased shelf life have made incredible advancements. 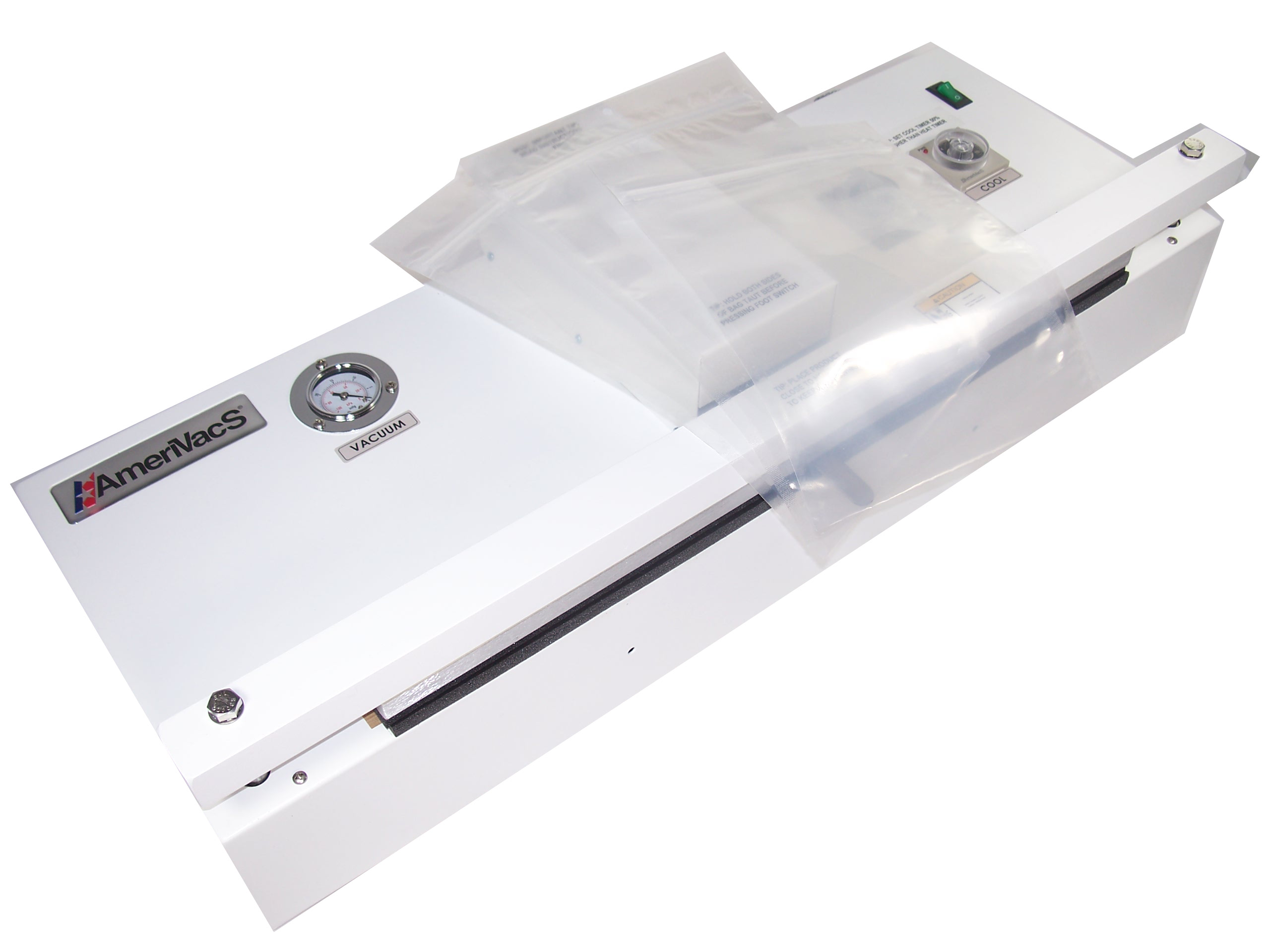 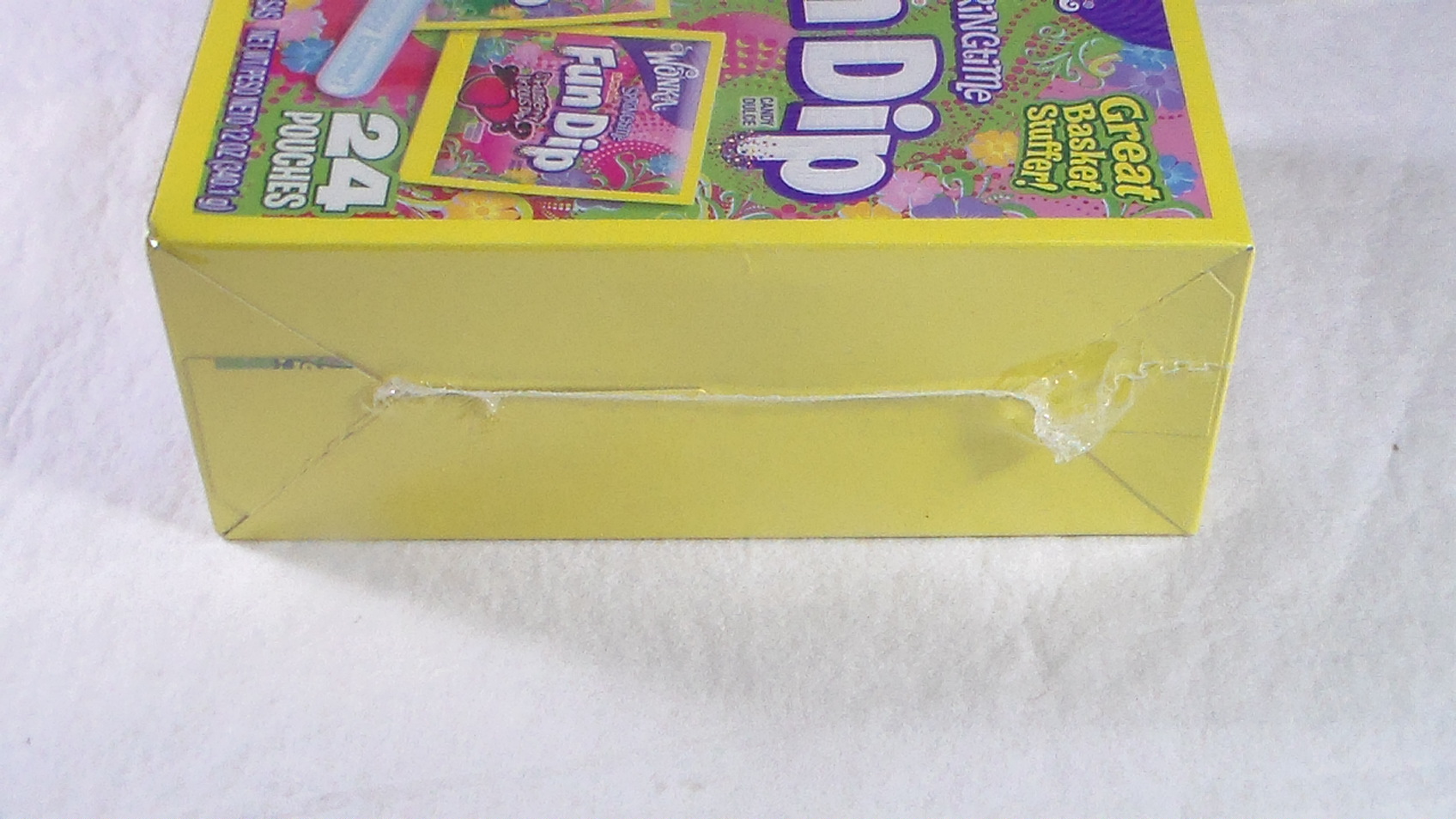 Shrink packaging, like vacuum packing, uses a sealing bar and film to package a variety of products. Products are enclosed in film, and heat is applied to the shrink film to form fit the film to the product. Air escapes the shrink wrapped package through tiny vent holes along the film surface. These vent holes prevent a shrink packaged product from being wholly sealed from exterior elements. 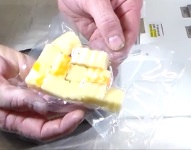 Vacuum packing removes oxygen from the primary packaging using suction. Once oxygen is removed from the package, the package is completely sealed off from exterior elements. This modifies the atmosphere within the package to extend the life of packaged products.

What is Modified Atmosphere Packaging (MAP)?

A variety of atmospheric gases can be used depending on the product being packaged. Though the most common gases used in modified atmosphere packaging are oxygen, carbon dioxide, and nitrogen, other gases such as carbon monoxide, sulfur dioxide, ethanol, and argon can be used.

Fresh Fish- The freshness of fish can break down quickly due to a rapid breakdown of enzymes. Fish placed in low oxygen MAP still have a tendency to break down quickly. Researchers have found that different fish react better with the introduction of different gases. A mixture of carbon dioxide, oxygen, and nitrogen can be used to obtain the most extended shelf life in some products.

Baked Goods- Moisture loss and the growth of mold are often the most common factors of baked good spoilage. Many MAP for baked goods uses carbon dioxide and nitrogen to extend shelf life.

Prepared Foods- Pre-cooked foods continue to grow in popularity around the world. Most prepared foods are chilled and packaged with carbon dioxide or nitrogen with little or no oxygen content.

Fruits and Vegetables- Increased carbon dioxide levels help slow down the degradation of fruits and vegetables. The balance between the proper amounts of carbon dioxide and oxygen can vary depending on the produce being wrapped. The wrong balance of oxygen and carbon dioxide can cause fermentation and off-flavors.

The first things need for most vacuum packaging operations is a vacuum sealer and bags. Other additional items that are commonly used depending on the needs are an external air compressor and an inert gas. The most common inert gas used is nitrogen. Nitrogen bottles can be found at most local welding supply stores. Below is a breakdown of the different types of vacuum bags and vacuum sealer often used in commercial vacuum packaging.

Vacuum bags are the exterior package to the products customers purchase. There are a variety of thicknesses, types, and Oxygen permeability bags available on the market. When choosing a vacuum bag, companies want to ensure they choose bags thick enough for the products being wrapped. The most common vacuum bag thickness used is a 3 mil thickness. The 3 mil vacuum bag thickness is thick enough to protect most products being packaged adequately. Below are some varieties of vacuum bags available. For long products, check out our vacuum tubing and make your own bags!

Channeled Vacuum Bags – Channeled vacuum bags have embossed sides and are often used with home use vacuum sealers. The embossed channel allows air to escape from the bag easier.

Zippered Vacuum Bags – Very consumer-friendly vacuum bags used to package a variety of products. The easy-open bag and re-closable zipper allow the user to swiftly and efficiently open bags and reclose them without scissors.

Foil Vacuum Bags- A widespread use for foil vacuum bags is coffee storage. The foil keeps light from compromising the packaged product.

The right vacuum sealer to accommodate the amount of product volume being sealed is essential to any commercial vacuum packing operation. There are a variety of sealers to choose from, with multiple production levels available. We primarily sell commercial grade sealers capable of sealing more than 300 products per hour. Below is a list of different vacuum sealers found around the world.

Chamber Vacuum Packing- Chamber packaging uses a vacuum chamber with a heat seal closure to remove air from the vacuum bag and complete a full seal. Vacuum chambers are very popular in meat and cheese packaging.

Vacuum Skin Packaging- Vacuum skin packaging uses two rolls of film to remove air and seal the exterior package. A chamber compresses the film together to create a seal and remove air. A variety of meats, sausages, and cheeses are often packaged with skin packaging or thermoforming.

Hot Fill Vacuum Packaging- The oldest form of commercialized vacuum packaging. Hot fill vacuum packaging uses plastic bags dipped into water in excess of 180 degrees Fahrenheit. The negative pressure from the water removes excess oxygen, and then the bag is fully sealed to close off the product from exterior elements. Hot fill is still a popular method of vacuum packaging hams, whole turkeys, and a variety of other products.